In this entry in the CPR in Entertainment series, we’re going to talk about a show that I’ve never seen.  This CPR scene was recommended by Rex.  In the episode, which closes out the first season of the show, a lot of things happen which lead to the quick invention of CPR, hundreds of years before it was actually invented.

In fact, it is Xena herself who invents CPR in her desperation to revive the dead Gabrielle.

The episode is titled Is There a Doctor in the House. 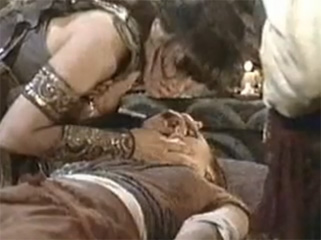 CPR in Entertainment is a series based on rescue scenes found in both TV shows and movies. If you have a suggestion for a future entry, please comment below!